Do Cubans Have More Freedom?

The arrival of 2013 in Cuba was marked by immigration reform: the famous white card, hated by all, has been cancelled and all Cubans have finally been allowed to travel anywhere in the world.

Since then, queues at offices issuing passports and at various embassies granting visas have grown. Many Cubans have thus been given a chance to travel out of Cuba for the first time in their lives and many dissidents could, at last, accept invitations of foreign organizations and voice their opinions and experiences beyond the borders of the island.

However, since the very introduction of the new law there have been doubts about its true scope and concerns have been raised that it might be just a surface change aimed at polishing the image of Cuba in the eyes of the international community. Do all Cubans really have the chance to benefit from the new law?

First, it’s interesting to point out that the government reserved the right not to grant the passport in cases when there are “reasons of national security or public interest suggesting it”, which leaves ample room for the government to decide who will be allowed to travel abroad and who will not. Although it seems that the government hasn’t misused this right so far, it’s clear that some people won’t be permitted to leave, for example, the opponents from the “Group of 75” who have spent some time in prison.

On the other hand, most countries have prepared themselves to fight a massive inflow of Cuban immigrants by imposing the obligation to obtain an invitation, which is getting more and more difficult. There has been a fair number of cases of Cubans who sold all their possessions and property on the island but are unable to leave the island due to lacking an invitation.

Yet, there is no doubt that the main obstacle to travelling for most Cubans has remained the same as before the reform: it’s their economic situation. The cost of a passport equals four salaries of an average Cuban, not to mention other expenses incurred in connection with a trip abroad. All in all, the new law brings benefit only to a privileged few.

In this issue of the bulletin you will find texts of independent Cuban journalists talking about their personal experience with the new law, analyzing its scope and revealing some peculiar aspects accompanying the process of the opening of their country. The question is, has the new immigration law made Cubans a freer nation? 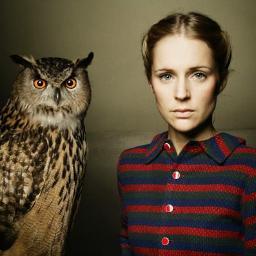