Cuban Aviation under the New Normal

From the moment that the José Martí International Airport in Havana restarted services to the public on November 15th with commercial, regular and charter flights, Cuban civil aviation entered into a stage known as “The New Normal.”

Earlier on July 1st and coinciding with the opening of the tourist season, the authorization for air operations was notified about directing flights to the major hubs at Cayo Santa María, Cayo Coco, Cayo Guillermo, Cayo Cruz and Cayo Largo del sur. The first of these flights arrived on September 4th at Cayo Coco.

By October 15th, with the passage to the new normal, regular commercial and charter flights had been re-established to all of the airports in the country, with the exception of the Havana airport, which only restarted operations on November 15, 2020. As has been observed, this was done under strict compliance with public health protocols.

“Since the World Health Organization declared a public health emergency of international importance due to the COVID-19 outbreak, Cuban civil aviation has implemented emergency plans for these cases,” said the president of the Cuban Institute of Civil Aeronautics (IACC), Armando Luis Daniel López.

During this stage, the airspace and international airports in Cuba were kept open and available for cargo, humanitarian reasons, repatriation, medical collaboration, and possible contingencies.

In this period, 2,380 flights were conducted in which medicines and other supplies were transferred to confront the COVID-19 pandemic, as well as the transfer of humanitarian flights.

With the arrival of the new normal at the airport in the Cuban capital, the limitation of two pieces of luggage per passenger was no longer in effect. This change meant that people are now able to bring a purse, a carry-on bag and a piece of checked luggage, which is the same amount as the norm established before the pandemic. This measure was put in place because the health protocols required people to go to an isolation center after they arrived, and it was impossible to transfer so much baggage.

It is important to note that this measure has had a negative impact on the population because it is one of the Cuban markets that has developed in recent years as a way for basic necessities such as clothes, footwear, household goods and work tools to get into the country with help from the so-called mules.

One citizen initiative has emerged in response to the low supply and low quality of good, from the state to the population, regardless of whether they are priced in CUP or CUC. Previously, the weight limit for parcels was set at 120 kilos once a year. Hence, many Cubans went to countries like Haiti, Russia, Panama, Guyana, etc., i.e. places where visas were allowed regardless of the conditions of the Spanish citizen, a very fashionable ruse on the island that they have managed to use to guarantee these types of trips.

The director of the IACC said that the civil aviation system in Cuba has been one of the sectors that has been most affected during the period of the pandemic, while acknowledging the damage to the tourism sector and to commerce in general, with the effects on the economy as a whole.

The International Air Transport Association has said that a recovery in the commercial aviation sector could be imaginable by 2023. In the case of Cuba at the time commercial flights were suspended due to the COVID-19 pandemic, there were 60 airlines from different countries that conducted flights to the island.

As of November 19th, 34 airlines, 14 from Europe, 11 from Latin America and the Caribbean and 9 from North America have requested permission to restart their flights. “In recent days at the José Martí International Airport, there have been 21 operations on Sunday (November 15th), 14 on Monday, 16 on Tuesday and 18 on Wednesday, which shows a degree of stability. We hope that other airlines will restart their operations in the coming days, gradually restoring the level of airline activity,” said the director of the IACC.

Carmelo Trujillo Machado, who is the head of the Department of International Health Control of the Ministry of Public Health, said that after the Pan American Health Organization and the World Health Organization issued the early warnings regarding the new coronavirus, Cuba began to review all of the protocols for action at borders and the actions of the National Program for International Health Control that would be included within the Plan for the Control and Prevention of the novel coronavirus. With the onset of the new normal, the measure for social isolation was without effect and was switched for proof of a negative PCR test, among others, at the different entry points of travelers to our country.

These are the International Health Control measures in the new normal: Reinforce the vigilance of the international health controls, establish the filling system for the Declaration of Health of the Traveler (an affidavit of good health), implement protocols for taking the temperature of all passengers and crew twice, the mandatory use of surgical masks or face masks within all airport facilities, the carrying out a collection of PCR samples from all international travelers at the points of entry, and the required use of a face mask and social distancing measures during international flights.

When an international traveler arrives at the airport, prior to immigration clearance, they must go through the temperature scanner and have a sample taken for a PCR test, the results will be sent to where they are staying within a maximum of 48 hours. Then they must remain for 10 days in isolation where they have accommodation and until they have the result of the second PCR test that is performed on the fifth day, the traveler and their family must maintain all sanitary measures where they are staying and guarantee a minimum number of contacts until they get the results.

The Cuban Air Navigation Company indicated that with the complete reopening of the borders, the cost of the PCR test, along with the collection of a sanitary fee, would be covered by them. The company, Merely Tours informed its clients that only tourists and Cuban residents will receive subsidies for the test and that Cubans residing abroad should pay 50 USD for the PCR test, but then the head of Health Control for Matanzas province indicated that this information was wrong and that the test would be carried out free of charge for everyone.

The country, like most countries in the world, is obliged to this as part of realizing the reopening of international air services with the aim of gradually incorporating this, as well as other economic activities, to help the national economy to gradually recover and to lead it as much as possible back to the level it was at before the pandemic. 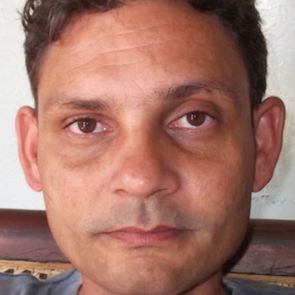