1. Fidel and Raul Castro will be dead. Cremated. Their ashes scattered in the Sierra Maestra, where the fury of the future won’t disturb them. No mummies will be shown in a mausoleum (except for the doubtful remains of the Argentine leader Che) – that will be the last broken promise. No more pledges will be needed anymore.

2. The Revolution, deprived of its leader, will still be in the hands of the hereditary death machinery, cowardly and corrupt, conforming to the conveniences of foreign superpowers in each period of its history. A machinery ready to survive until the end of time by introducing fraudulent reforms and continuously perpetrating selective genocide both within and outside of Cuba. These measures will lead to a total loss of all hopes of restoring or resuscitating the nation.

3. By 2020, the United States will be doing business at all levels with the only country that can ensure stability in the region – Cuba, the country responsible for violence and barbarism southward from the Rio Grande river. Political leaders of Havana, D.C. (after Death of Castro) may try to play villains for Washington, D.C., but secretly, they will be their villains. They have always been.

4. The U.S. trade embargo on Cuba will remain only on the legislative level. Nobody will ever remember to enforce it. All affected parties will have grown too accustomed to it to bother to lift it. Besides, there’s always a feeling of affection towards a rhetoric that has accompanied us all our lives and the embargo is nothing more than the Castro regime carried out by different means. Instead of having a stifling effect on the island’s economy, the embargo has helped the government to isolate the country, with isolation being necessary to secure impunity for the regime.

5. The Cuban exile will long have been a different country – a post-national one. Nobody will ever come back to Cuba, even if there is capitalism or if there is democracy. Not even if Cuba is annexed to the United States. The island will be all an illusion, an impossibility.

6. The true exile will be within Cuba. It already is. An uncivil crowd, that’s all they are. Useless from the point of view of potential citizens. Perfect for pragmatism that has already presented itself.

7. The phrase “enforcement of fundamental rights” will have fallen into disuse. The Cuban people do not want to live under a regime that grants its citizens any rights. At least there’s no evidence of people with such inclination in Cuba. Without leaders there is no Cuba.

8. Cuban Cardinal will still be in his office. By a pure miracle. (Don’t take it literally, it’s only an idiom). Thanks to his smile, he has become a survivor at all costs. God has always had rather patient (or perverse) plans for Cuba.

9. Thus, to bring about any change, it will be necessary to wait for another few decades until the post-Castro generation grows old, or to take the streets and offer the first 2020 deaths in the Tihabananamen Square, facing the indifference of the international community on one hand and the threat of military occupation by the block of seemingly democratic populist Latin American governments on the other.

10. Cubans will avoid eye contact and detest saying “I love you”. After some time, they will get used to it, but there won’t be much else to say. 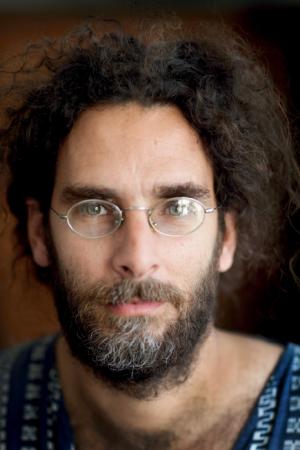