University Is for Revolutionaries

A sign painted on the central wall of the University of Camaguey preaches: University is for revolutionaries! The University of Camaguey located in the north-east of my city was the first institution of higher education established by the government of the elder brother – the Big Brother, back in the bleak seventies. At present, we sometimes feel a little less bleak but it still makes us sad to look around and find out that little has actually changed. For instance, that sign on the university wall – that footprint of a dinosaur, which is still looming above.

The 2012-2013 school year is ending but the reforms carried out in the country haven’t touched the most essential thing: respect for fellow beings. The University of Ignacio Agramonte in Camaguey continues displaying the same discriminatory sign in front of which I was photographed seven years ago, shortly after being expelled from another university. Many things in the island, including university education, the armed forces, positions in elected offices or political and business administration, the press, diplomatic services, “solidarity” missions and who knows what else are simply not meant for all Cubans. They are reserved only for revolutionaries. Thus, the country is still not “counting on all and for the good of all”, it continues to be only for revolutionaries. To top it all, only a few have been left.

It’s a known fact that the only prerequisite of a revolutionary at present is to keep mum, smile and pretend not to see that Cuba is falling apart. Thus, the best revolutionary in Cuba is the one who shows as little revolutionary activity as possible.

The University of Ignacio Agramonte is an institution that expelled Harold Cepero and some other students in the early 2000 for having collected signatures for the Varela Project. It’s a place where other of my fellows experienced bitter times when their freedom was curtailed while they were studying or working there. The same place where some of my acquaintances were advised: “Be careful about being friends with Henry Constantin.”

The university should erase the sign, but not only this. It should increase the salaries and scholarships. Also, it needs to rebuild and modernize its facilities and services, depoliticize its internal regulations, allow free association of students and teachers and remove all communist-party controls in all fields of its activity.

It should also start supporting private higher education since it’s clear that nothing paves the way for one-party dominance better than lack of diversification in education. The university should update its curricula, introduce more technologies and computer facilities, exclude military and political training from the list of subjects, make teachers and students acquainted wit the realities of their country and abroad and allow them to interact with it, so that they are not forced to resort to physical or spiritual exile as the only option possible.

The university needs to become economically self-sufficient, it must change the existing subjective and inaccurate evaluation methods and start measuring only academic achievements and creativity. It should stop discrimination on admission based on the geographical origin of applicants, increase evaluation requirements, introduce into its curricula human and civic values and a system of presentation and discussion of ideas and opinions in the class.

A lot needs to be changed. Yet, removing the sign would be a good step forward. Alternatively, provided that the university ceded the wall to us, we could turn it into a museum, where our children and grandchildren would stop for a minute to remember a university and a Cuba that should never come back. 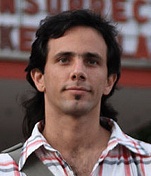