A Year After the Crime

On Sunday July 22, 2012, a friend from Madrid phoned and asked me to contact our Cuban friends to inquire after two young people who had gone to Cuba to visit them – Angel Carromero, a Spaniard, and Aron Modig, a Swede. She said that she had unconfirmed information that the two got into some trouble. Angel Carromero was the leader of the youth organization New Generations of the Spanish Popular Party and Aron Modig worked as the chairman of the Young Christian Democrats of Sweden.

I dialed the home-phone of Oswaldo Paya. “He is not at home”, I heard a voice from the receiver. It was his eldest son who answered the phone and told me that his mother had gone to the grandma’s but that he could go and get her. After a while I could finally talk to Ofelita, Oswaldo’s wife and co-founder of MCL in 1988, she promised that she would investigate the matter.

Only minutes later, around 9:15pm, I got another phone-call. The friend who had called before begged desperately that I try to get more information because as far as she knew from a text message sent from Modig’s mobile phone from Cuba to Stockholm, the car with Modig and Carromero had been chased by several vehicles of the Cuban Secret Police, one of which hit it and rammed it out of the way. As my friend informed me, three people were admitted to a hospital and the fourth was missing. “Please, find out who were the two Cubans travelling with Carromero and Modig,” the voice from the receiver pleaded.

My phone was almost out of credit then. Trying hard to ignore the apprehension I was filled with, I took the phone and texted Ofelita the information I had just received from my Madrid friend. Only a few seconds after I had sent the message, the uncertainty I felt became unbearable. Something deep inside of me made me shivered all over, as if it were a warning. I found an old phone card with a credit for a few-minute call, so I took it and called to Cuba. “Ofelita, I had just sent you a message because there are people here who are concerned about what had happened. Do you happen to know who were the two Cubans travelling with the lads (Carromero and Modig)?” Ofelia answered, nervously: “Regis, they were travelling with Oswaldo and Harold. With the two of them.” A lump formed in my throat. I told her that I would post the news on our website as it was necessary to protect the two men. “Do it immediately,” said Ofelita and got back to trying to reach Oswaldo.

A while after that, Rosa Maria Paya, Oswaldo’s daughter, confirmed: “Regis, I called on my daddy’s mobile and the person who answered it told me that the owner of that phone had died…“ No!,” I shouted, “They have said this only to make us worry, to disturb us. He can’t be dead!,” I continued, desperately. “Regis, they have killed my father,” said Rosa Maria…

People of dubious political identity were quick to call the event an “accident”. Than they asked for presumption of innocence for those who have killed thousands of Cubans in the last half a century. In the whirl and twirl of countless categorical and hypocritical statements, the family of the deceased received a direct threat – they were advised that „for their own good, they had better accept that it was an accident”… Modig apologized for having shown solidarity with the Cubans and their quest for freedom and returned to his homeland safe and sound. As far as Carromero was concerned, an untenable show was staged, accusing him of having committed a “reckless homicide”. Spain’s strategy was to keep mum and accept the official version of the events in order to get Carromero back to Madrid alive. Six months after that, young Carromero finally returned to his country. Yet, despite all the available information, he came back as a culprit and has been treated as one by the government of his own country. Various factors are at play, including the Spanish government’s interest in the island and a part of Latin America that has been under rule of left-wing puppets.

Despite being kept prisoner, Angel Carromero was able to call us after he had returned. We met and he told us what had really happened, or rather what he remembered after months of torture including various ways of inserting non-specific fluids in his body. Carromero’s courage has earned him attacks from the leftist press and has made him victim of acts of public harassment.

Despite all this, our Movement has not stopped asking for justice. All the time and in every forum we have been calling for an international investigation that would reveal to the public what really happened after Angel and Aron had been dragged out of the crime scene, leaving Oswaldo and Harold still alive. Both in Cuba and abroad, the Christian Liberation Movement has continued making efforts to carry out real changes that would give sovereignty back to the people. It has been working on it in the midst of fierce repression, in spite of violent attacks and harassment suffered by its leaders, expatriated after having spent many years in prison. Oswaldo and Harold are still with us. And they will be with us the day our country is liberated. 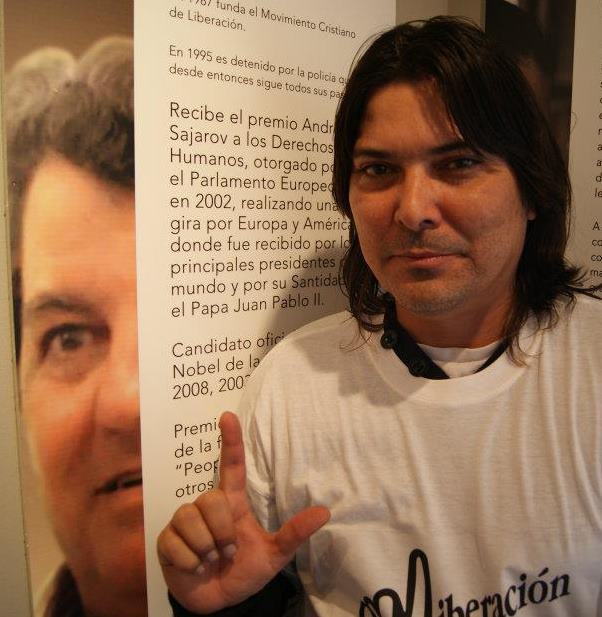