My parents always taught me to pay respect to any elderly person I meet on the street, regardless of whether they were well-dressed or poor beggars asking for alms. The number of years that they had lived inspired admiration and love.

I’m old now myself and I have realized that there are differences between old people. The person who has come to my mind now turned 86 two weeks ago. His name is Fidel Castro. The story of his life has changed the fate of Cuba, but his life itself has little to do with the Cuba he has created.

Yet, there’s another life story, which resembles Cuba much closer than that of Fidel Castro: It is a story of another 86-year-old, Idalys, daughter of Polish immigrants, who came to the island at the beginning of the last century. Although many believe she is Polish, Idalys always asserts that she was born in Cuba, where her mother had brought her in her womb.

In the beginning, her parents had to work really hard before they were able to settle. Her mother opened a small shop with custom made bras, where she not only worked, but employed two other women. Her husband, Idalys’s father, opened an ice cream shop.

Idalys dreamed of becoming an engineer and she made her dream come true. However, in 1959, her family lost all its property through confiscation and started to prepare plans to leave the country again. Right in the middle of the preparation, Idalys fell in love with Jorge, a militant revolutionary and a member of the Communist Party. The marriage did not last for long. They got divorced before their son was born. As a member of the Communist Party, Jorge saw to it that Idalys didn’t get a permission to take the child out of the country and the family thus abandoned the plan to emigrate.

Years passed by and the child grew up. He took an associate degree as a transport technician and became obsessed with the idea of leaving the country. One day, after several attempts to escape, he jumped to the sea and nobody has heard from him any more. Idalys prefers to say that her son is an outcast, that he has left and forgotten where his home is, rather than she would accept that he could be dead.

Jorge, for his part, went to visit his sister in the U.S. and has never returned.

Idalys lives alone now. She’s ill. She’s as old as the house bought by her parents, in which it rains more than outside and whose furniture has been destroyed by moisture. In the recent years, she has been living on the money she gained by selling any valuables she held in her possession. Now she lives as thousands of other elderly people in Cuba, on a poor pension of 240 pesos, which isn’t enough even to buy sufficient food.

Idalys is a true embodiment of the 86-year history of Cuba and even though Fidel Castro is but an old, sick man who has failed, it does not make him less responsible for what he did. When I think about the life of Idalys and about all other lives making up the present-day Cuba, I wonder if Fidel can really feel proud of what he has done for the country. Happy Birthday, Fidel. 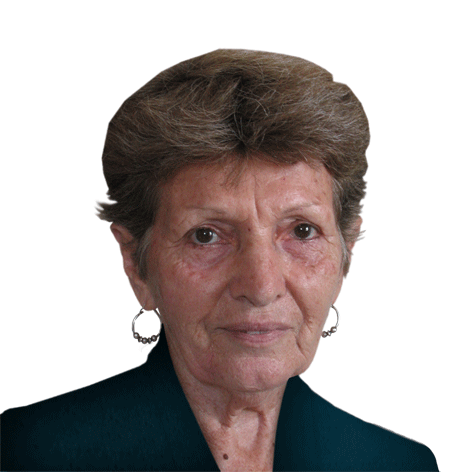